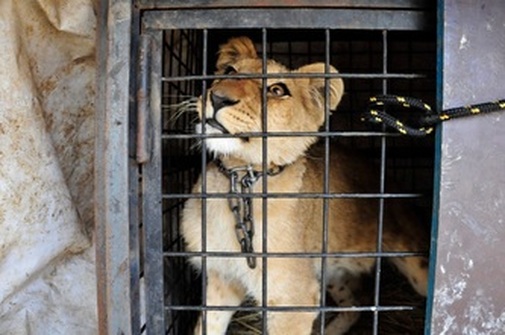 Elephant babies split from their worried mothers, animals being beat until they learn a trick, and wild animals spending their lives in chains and small cages.  This is all occurring behind the scenes while animals are not in the circus performing for an audience. Circus animals spend most of their days on the road traveling in such harsh conditions. Tigers and lions for example travel in small cages where they hardly have enough room to move around and this is where they are sheltered, fed and go to the bathroom.  Animal’s health is being uncared for and this leads to health effects over the years.  In one case an eight year old elephants health was uncared for and the elephant then developed a salmonella bacterial infection which lead to its death.  In “Circuses” by Michelle Sherrow a blogger for “People for the Ethical Treatment of Animal” (PETA) she explains the various ways in which animals are physically abused when they are being trained to perform circus tricks and they don’t obey. Circus animals are not only mistreated but also trained harshly in order to learn new performance routines.  If an animal does not obey and does not perform they are physically punished.  Circus entertainment is an issue that many people are unaware of, people should take into consideration that circus animals travel in harsh conditions, are improperly cared for putting their health at risk, and are abused while trained to perform.
This is just one type of animal that is harmed because of circus entertainment. These are elephants being tortured with electric pods, being forced to sit on these tiny chairs out of fright of being punished, and in heavy chains that takes away there freedom. 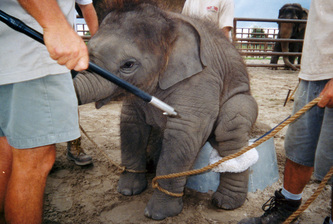 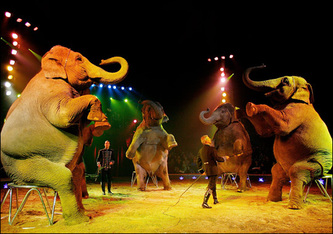 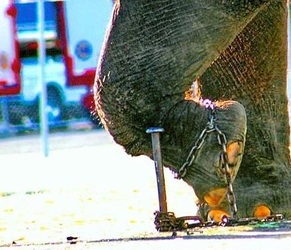